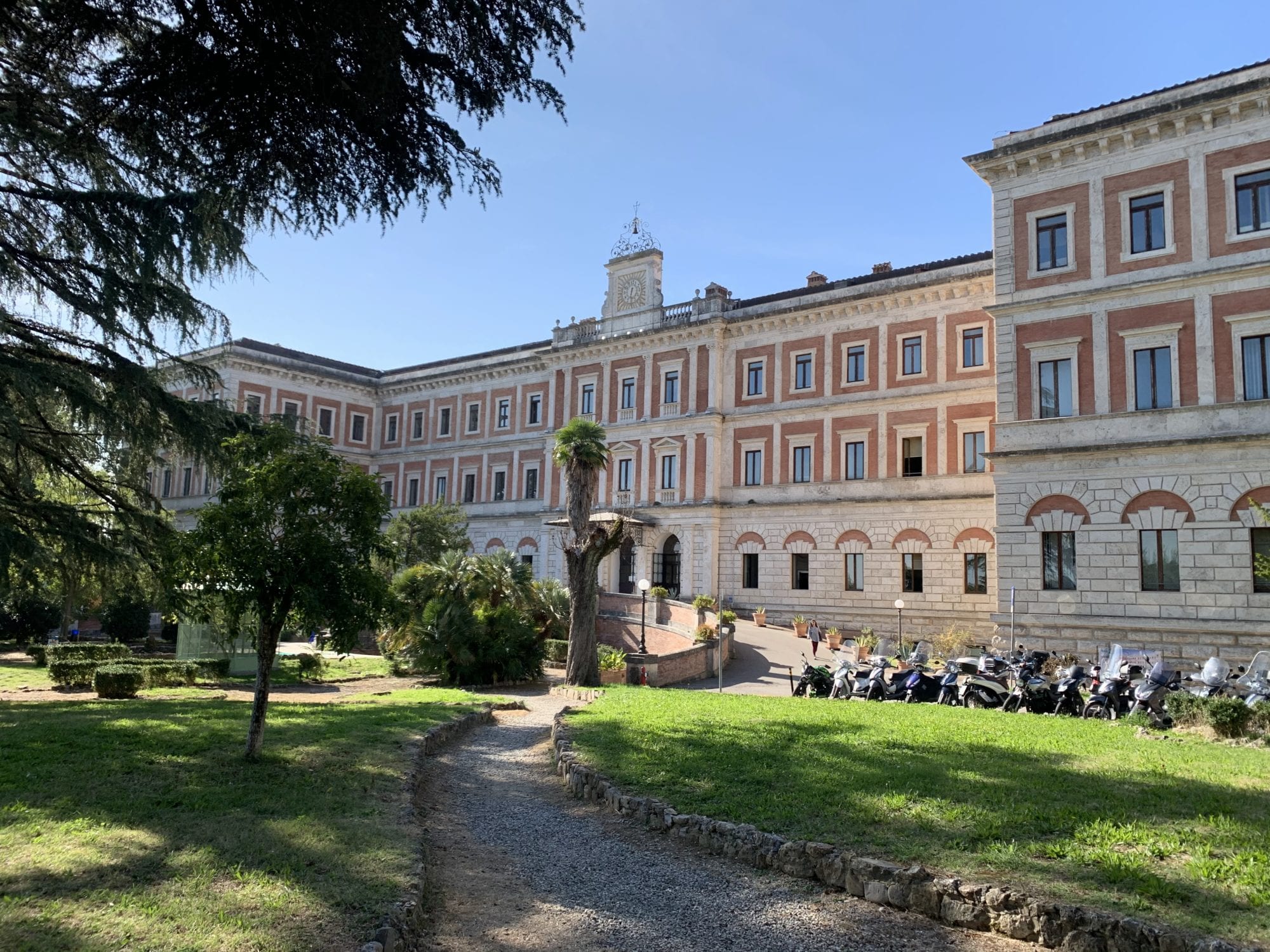 I’m so pleased to be back as a Project Fellow here at Siena Art Institute.  This time I hope to be making more of an impact on public dialog in a hill top city confronting realities of the 21st century.  In conversation with the Institute’s director Miriam Grottanelli de Santi, I was deeply inspired by the subject of marginalized communities.  The institute recently moved locations and is now adjacent to the University of Siena, a massive complex 750 years old itself, and housed in buildings throughout the city.  Marginalized communities are a talking point because as a by-product of mainstream culture generalizing and absorbing any other sub-culture into its folds, identity is lost, and by this loss, humanity is lost.

Our relationship to each other is based on the unique differences and diversity we all carry.  At the same time, the cacophony of a multitude of highly individualized voices drowns out any singular expression.  Thus, we have a dichotomy, a paradox, that is equally fascinating.

The first week of arrival, we organized a pop-up exhibition in a gallery space of the University’s San Niccolo building which houses Engineering and Literature departments.  I exhibited a mini-retrospective of photograph’s I’ve taken of past installations, the photos are available online here at my new web shop, and along one wall in the image below.  In addition to the photographs, I also exhibited recycling information for Siena and some up-cycling examples we made in the opening night workshop of the exhibition.  It will remain on public view until mid-November. 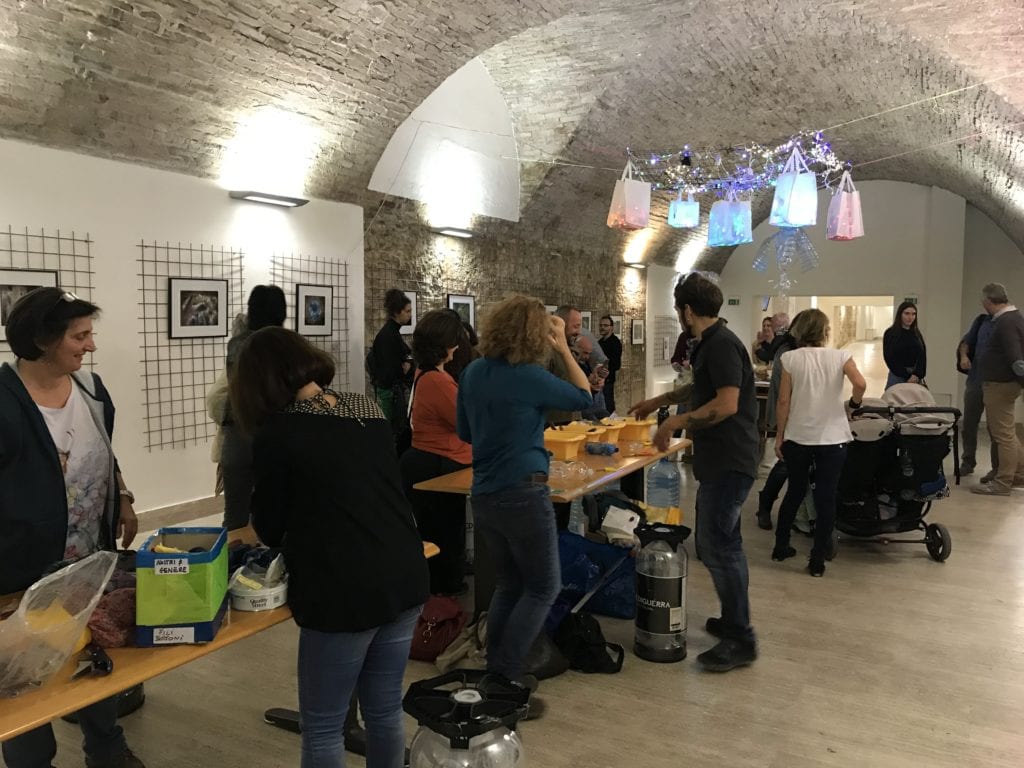 That’s me in the middle with the short sleeved black shirt directing traffic around the workshop table.  We had a lot of plastic, fabric, and some ‘single-use’ beer kegs that we redecorated as stools.  These kegs have oddly enough become the standard and are clearly marked “do not reuse”.  Somehow the re-usable and recyclable aluminum kegs have become less fashionable.  I propose that if the consuming public becomes aware and inquires into the practices of their local brewery, we might shift this back to a reasonable conversation.   We can all be activists.

My five-second fairy light lampshade seemed to be a hit.  Take any light colored reusable bag and fill it with LED fairy lights.  Hang the whole thing up and voila!, instant festive lamp! 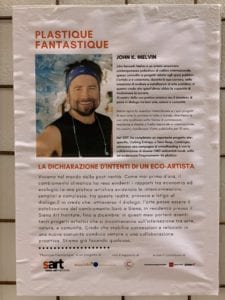 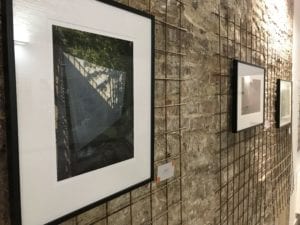 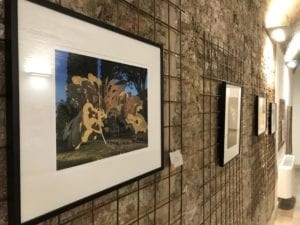 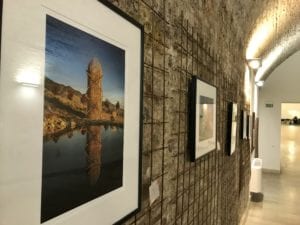 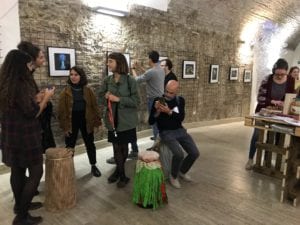 Long story short, we had a good time.

The next phase of the project which begins now, hopes to enter the general public sphere of Siena.  I hope to make something that will bring the community together to share their stories and visions in a world that seems to be specializing and isolating itself far too easily.  I also hope to bring back nature to a city surrounded by a rich agricultural tradition.  We are just about to send off a proposal to major partner for a venue and hope for a very positive response.  As the project develops, I’ll update this post.

Stay tuned and thanks for all the support.  Massive hugs to all.

For those that are interested, here’s a throwback to when I was here last…here.  To learn more about Siena Art Institute, see here for a sample calendar of their academic programs.