By John MelvinAugust 12, 2020No Comments 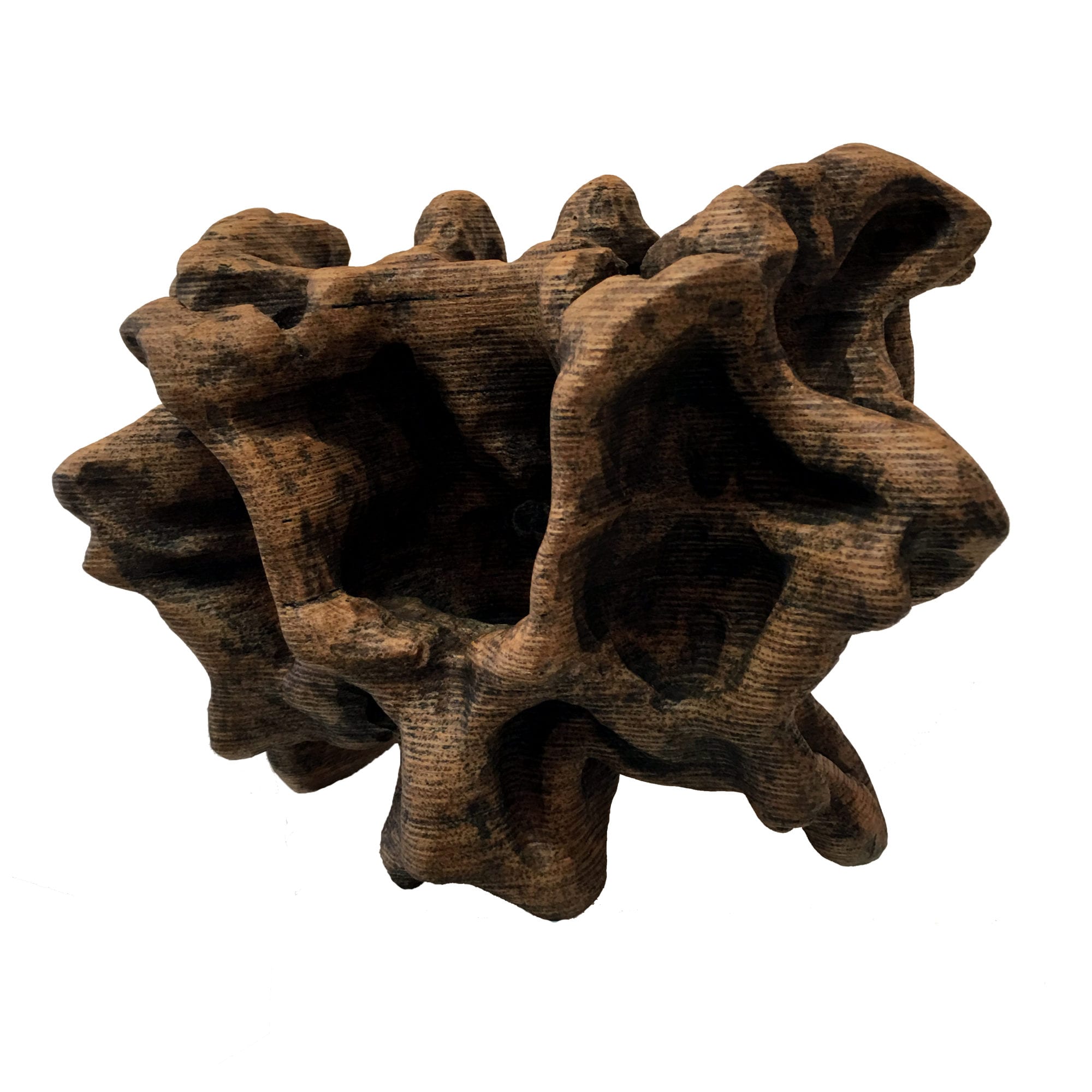 In 2016 I was invited to an artist residency at the Jentel Foundation in Wyoming.  It was in the midst of several opportunities and I needed to produce work for an upcoming solo show in Naples, Italy.

Since 2011 I had been exploring digital technology, 3d Printing (including building my own Prusa Mendel), and 3d applications that allowed me to sculpt, on my phone, on a computer, whilst waiting in line at airports, enjoying craft beer, etc.  The files were beginning to add up, and I wasn’t keeping up with the output.

What to do with all the 3d files?  I learned about online platforms for printing, cutting, and shaping, and was immediately hooked by the open-studio cloud-based lifestyle allowing me to sculpt anywhere in the world.  I uploaded a few files for laser-cutting and had them sent ahead to myself in Wyoming.

I arrived and went to work. 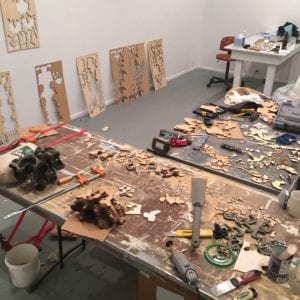 In the image above you’ll see the part sheets lined up against the wall.  These are how the parts are delivered and a constant source of inspiration.  I often play with how the parts are later out on the sheet before cutting.   Patterns are fascinating.   On the tables you’ll see various stages of production and lots of clamps.  Lots.

What is digital technology?  For sculpting and manufacturing, laser cutting, CNC machining, water jet cutting, and 3d Printing, the technology has been revolutionary.  In layman’s terms, it allows anyone with access to a computer to create a file that can be physically produced on a computer controlled machine.  The possibilities are endless, 3D printed human organs to 3D printed fashion, laser cut wood to laser cut steel, and endless part production without ever having to worry about negative cuts, undercuts, form making, mold making, chasing, and more hallmarks of traditional fabrication.

Here’s a piece from 2011 I made using water jet technology and traditional patinas: 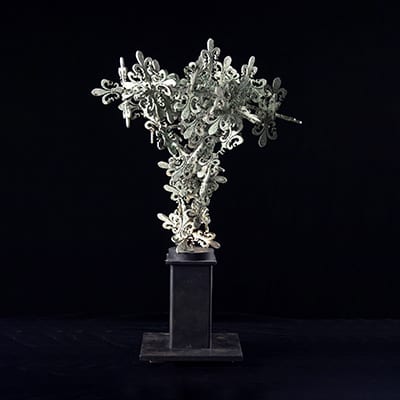 Sculpture is traditionally a subtraction and additive process.  What does subtractive/additive mean?  Simply put, it means taking away or adding material.  A stone carver, starts with a block of stone and takes away material.  A bronze sculptor uses both, takes away clay from the model, and adds bronze in the casting.  In the 21st century, fueled by ecological awareness, this methodology is actually, quite wasteful.   Like a lot.

Digital tech has changed that.  Using laser cut parts and laminating them to create a wood sculpture like the ones below, allows me to arrange the parts on sheets of plywood to minimize the amount of waste, so that instead of a 50/50 or higher waste/product ratio, I estimate it to be more like 15/85, or even less.  Below is the first sculpture I made from laser cut bamboo in 2015. 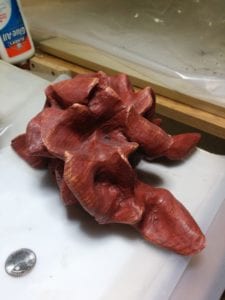 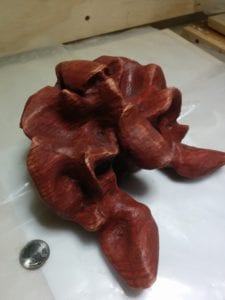 3d printed bronze like the work I made in the image below, has no waste as it a completely additive process.  You can find your own copy here on my online 3D shop. 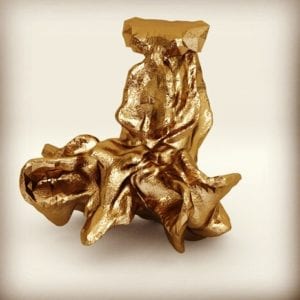 Take a look at the steps involved for investment casting (lost-wax) and count how much material is thrown away.

So what did I make at Jentel?  I made a series of pieces inspired by driftwood, canyon-lands, Tectonics, and other erosion and geological processes.  The 3d forms were first sculpted on an iPhone and iPad, then, processed on a computer into slices that were exported, and then each slice, was cut on sheets of bamboo plywood.  Here’s some pictures of the pieces when they were finished and shown in Naples Italy at Gallery E23, 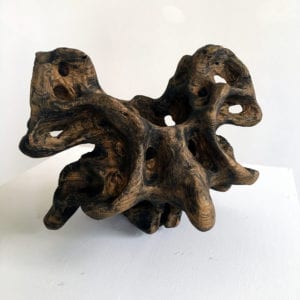 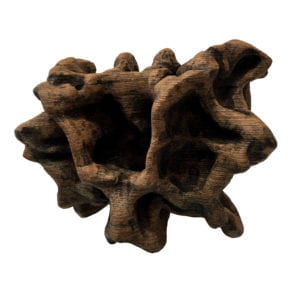 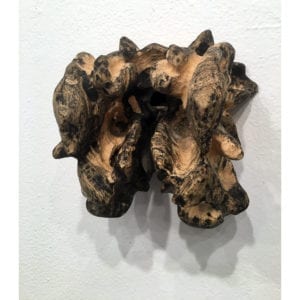 The show went well, and quite frankly I’m looking forward to the next step.

What’s the next step?  Well, the next step became a bit of a hop and stumble as the world deals with climate crisis, social justice, and pandemics, so I’m revising my plans a lot.  As promised for my Visa, I am still working on making a studio base here in France.  Its an adjustment and hopefully an evolution.  I’m going to take the plunge on a laser cutter and am deep into research on the best option.  My thinking is that I’ve used extensively drop-shipment web-based technology and feel that I can support having my own laser cutting machine.  Here in France and also in the Netherlands, folks are experimenting with 3D printing bio-plastics derived from seaweed, a completely renewable and sustainable resource.  I’ll be looking into that too.

Stay tuned as always, and keep your stick on the ice.

Thanks for all the support.