What is Public Art?

Public art is a process that involves multiple agencies, arts professionals, and artists collaborating to create art in the public realm.  Nearly all art that is displayed and sponsored in public areas has undergone a vetting process to insure its safety, integrity, and message significance.

Typically, any public civil works project must have a 1% portion of the budget dedicated to public art. For the San Francisco Arts Commission, this was no different.  A public utility project was renovating and upgrading a pump station at the Lake Merced Recreation area.  The SFAC had created a “temporary projects in natural settings” companion project. I was invited to choose a site and then develop a site-specific art project with the necessary stakeholders. In the very first conversation with SFAC, they asked me to do something like the Aven Project, but we didn’t have the budget, so a new proposal was made.

In 2007, I applied to a Request for Qualification from the San Francisco Art Commission.  My site specific Eco-Art balloon project was accepted.  It would span nearly two years of conceptual development and social engagement in one of the country’s must diverse and unique cultures.

I fell in love with Lake Merced in the Sunset District of San Francisco.  It is a complex and complicated natural setting that has filled many roles, from wetland, to sport fishing, to now, a natural habitat framed by golfing, gun clubs, boating, bird watching, and recreation. To say the community was diverse and complex would be an understatement. In the initial phase of research, I discovered that few in San Francisco knew of the lake, even though it was quite massive. All these things combined into the first proposal that I made to SFAC, which was to suspend a cloud over a portion of the lake. It would be temporary, and its intent would be to redirect attention to the lake itself, and thereby showcase the wildlife and community surrounding the lake.

What was the proposal?

I proposed to create a cloud from balloons.  I also played with a number of concepts: the metaphor of a lake section being lifted out of context; reflective aspects of the cloud (composed of balloons) shifting the perspective of the viewer and the lake; San Francisco’s climate of fog and sun playing with the form’s materiality; engaging a conversation on airspace in the age of drones; multiplicity of spheres speaking to identity in the age of globalism; and broader conversations on a sense of place in the age of development awareness. 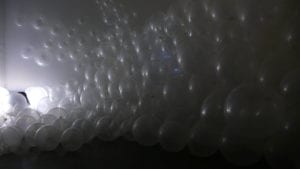 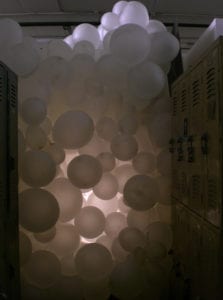 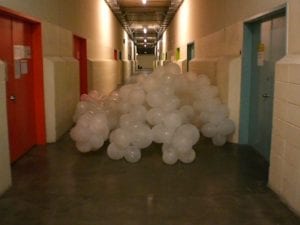 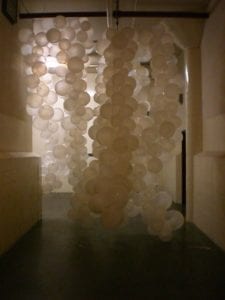 This first proposal was approved, and the public art process began to engage with the community for permissions and stakeholder partnerships. In the process of development, we learned that Helium, a finite resource is stockpiled by the US Government as its use for weapon development as well as other high-tech applications is irreplaceable; this meant that it was not budgetarily feasible for our little cloud of balloons.

Un-deterred the Eco-Art project continued forward, securing approval from the Friends of Lake Merced Task Force (link), a consortium of about 40 different smaller organizations each with specific focus. The Audubon society was an early supporter and collaborator by providing the project with ample scientific data, as well as the Natural Areas Program of the San Francisco Parks and Recreation Department, along with several others. An intense partnership with the 100 level of Engineering at San Francisco State University yielded 27 impressive solutions from 110 students.  Click on the newsletter from SFSU to read more…ENGR Newsletter F07

After nearly a year in development, I had made many presentations and attended many community meetings, and I had also just started graduate school at San Francisco Art Institute, thankfully, the project had community support and backing from SFAC, and the final phase was approaching.

Unfortunately, through an engineering disagreement between the artist and a contract project manager for SFAC, consensus could not be reached on final phase execution, and the balloon project was shelved.

The artist then proposed another project of floating fenced areas on the lake, it was approved by the SFAC, but when presented to Friends of Lake Merced, the association having since entered into a political debate over other issues around the lake, something to do with a golf tournament and a new condominium development, the audience was not receptive to any new business least of all to entertaining any art project presentations. 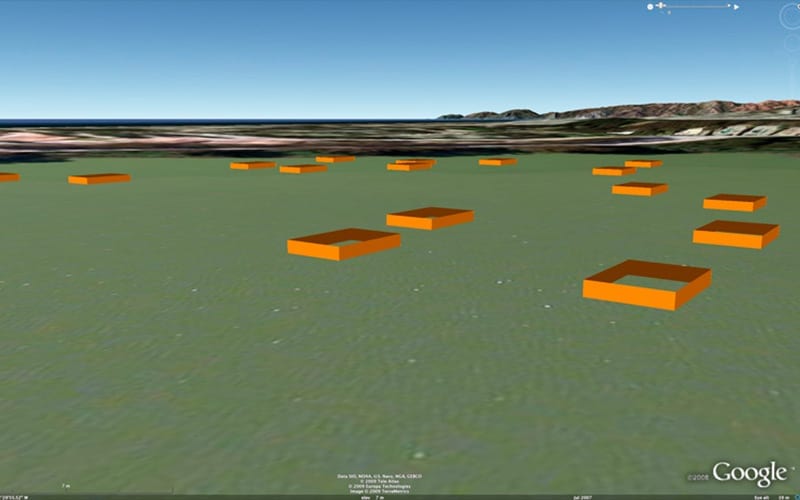 As the project entered 2009, and patience was low, the entire project was shelved until an indefinite date. Nonetheless, the other projects the collaboration with SFAC inspired for the artist are numerous, from balloon projects, to installations, and to many versions of a theme proposed to SFAC.

Here to, the work with SFAC inspired the me to work ever more closely with communities around the subject of environmentalism and art. I saw that even if a project never materialized into physical form, it still had power through conversation and dialogue. It also forever changed the way I look at balloons. 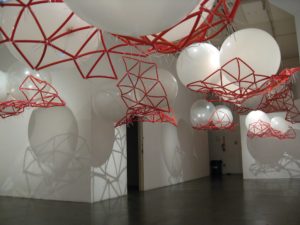 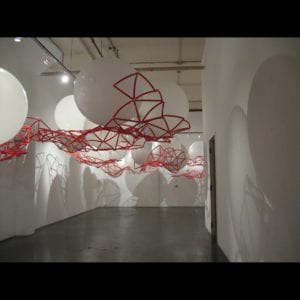 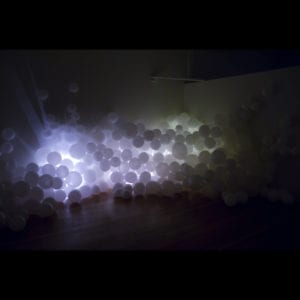 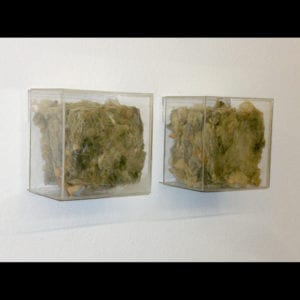 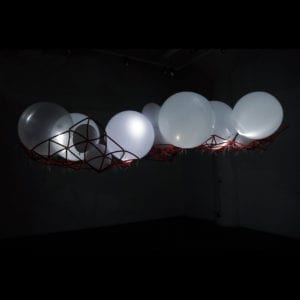