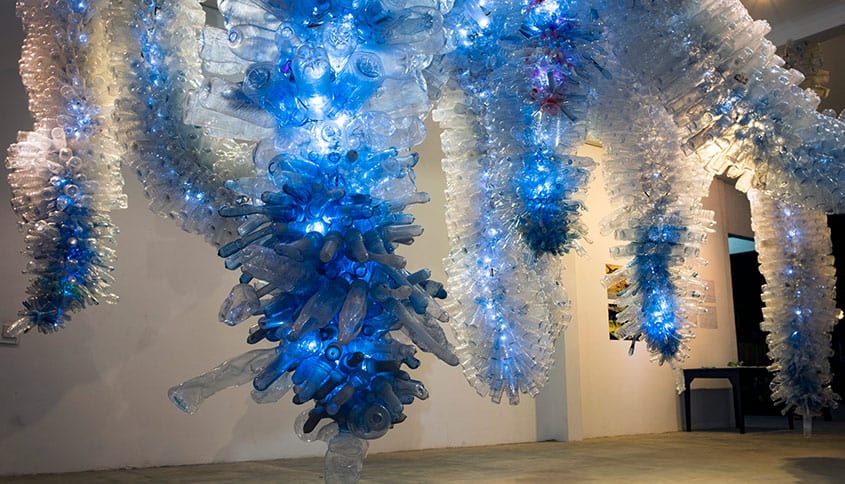 To talk about this project I need to talk about something else. In 2016 I was in my second year of back to back opportunities living completely out of a backpack. Towards the end, I was taking care of a visa delay by care-taking a friend’s hotel property in Cambodia. 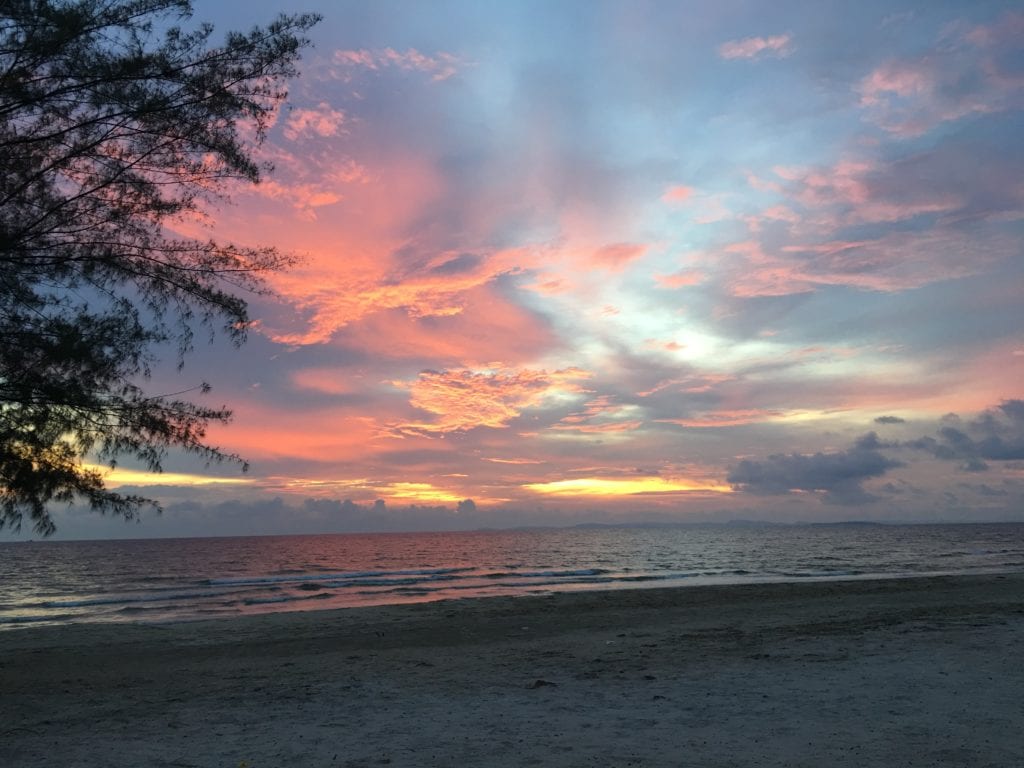 Another friend called me up and asked me if I was interested in working longer in the country. I said yes, and the next thing I knew I was talking to the office of World Monuments Fund in Siem Reap, follow this link, to see my journal from the residency. They had heard about my ecological focus, and proposed to me that I come be an artist in residence with them. My task was to take an alternative approach to creating an educational workshop that would benefit the Khmer workers restoring one of the temples at Angkor Wat. 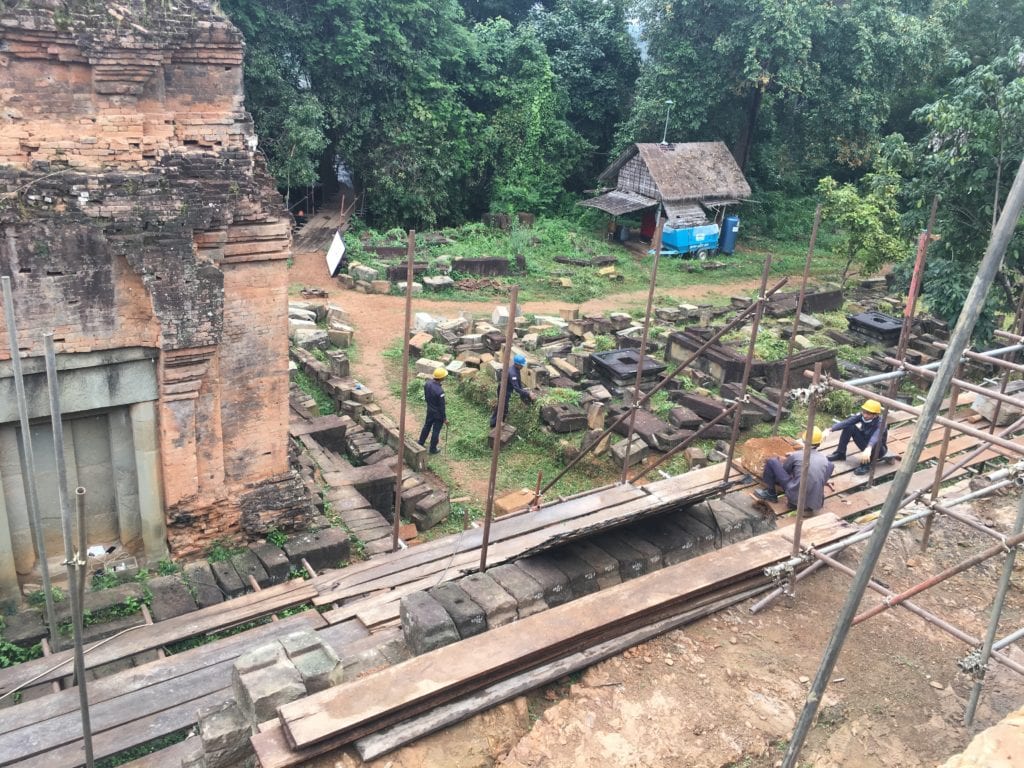 While I was in residence, I researched heavily the subject of plastic pollution.  I also reached out to nearly every environmental NGO in Siem Reap.  I wanted to know the degree of success for plastic pollution educational efforts.  They all came back to me with the same thing.  It wasn’t working.  The teaching, the demonstrations, it was working to get information out, but not enough when one knows the scale of plastic pollution, and most importantly, the education wasn’t working in terms of changing the behavior of tourists, locals, and ex-pats. When the conversation shifted to what we could do differently, a project was born where I would spearhead an exhibition, and bring several NGO’s dealing with plastic pollution under one roof.

I returned to France, worked on visa and grants for the next year, created a crowdfunding platform on HatchFund, and by February 2017, I had raised enough funds to come back to Cambodia and make the project.  Creating site-specific contemporary art in a developing country is a feat unto itself.  Nothing is easy. Everything is complicated and smiles are everywhere.  I love Cambodia.  With all my heart, to be able to have done this project there makes me happier than I can tell.

I had the privilege of working in the gallery of 1961 Co-Working Space (now closed) alongside two really great Khmer assistants and a few close friends. In about 4 weeks, we processed over 10,000 bottles, easily 130 kg, and at least 15 kilos of wire. Tied twisted and tangled, we produced the installation on time. 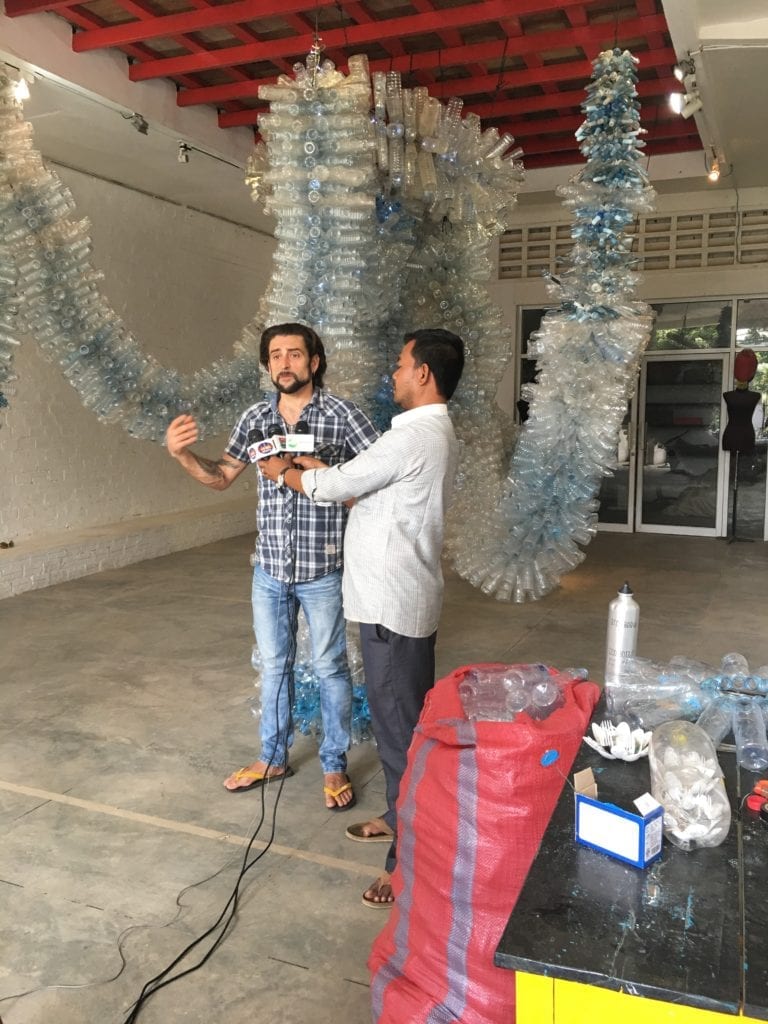 John K Melvin being interviewed in front of his work in progress, Curbing Entropy, an Eco-Art exhibit in Cambodia

Radio and print immediately got hold of it and we were off.  I chose 10,000 as it was about right for size and volume, but also, as this was educational, it was a low estimate of the daily consumption of the tourist population in Siem Reap. 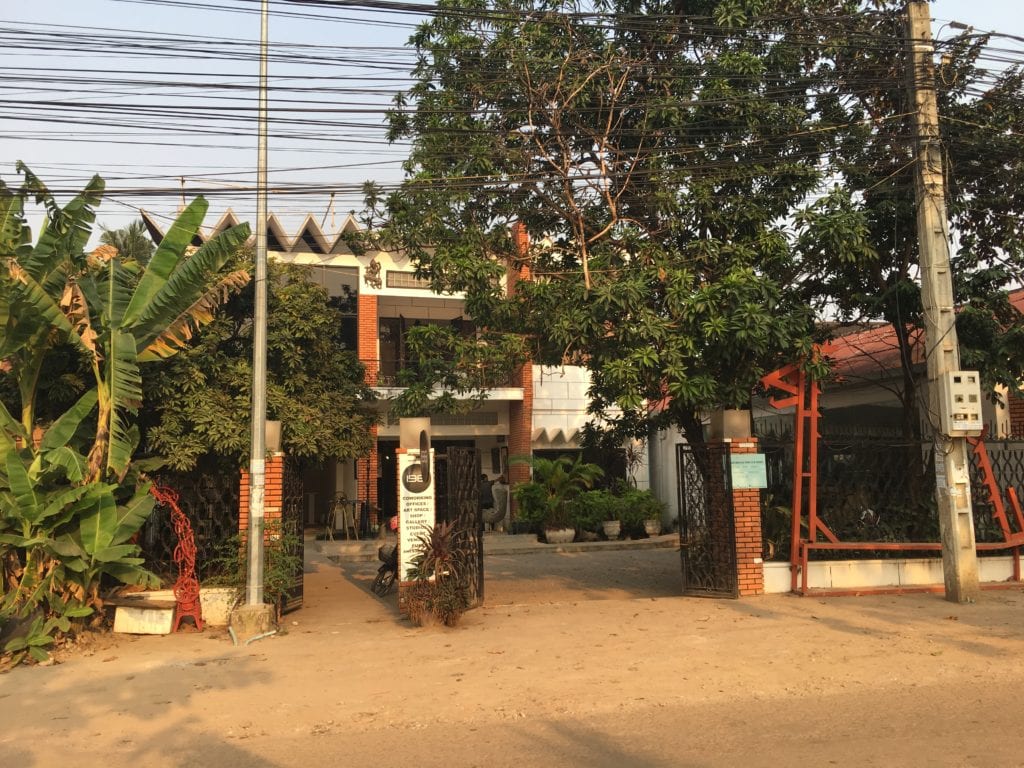 While I was making the piece, it dawned on me that too many tourists come from countries where they know the issue of plastic pollution, they know re-usable bottles exist, and a quick search reveals that refill stations are available, but like too many other things the tourists forget to pack, they forget their bottle.

After the exhibition opening, I screened a filming of Plastic Ocean with a study group at the US Embassy, and after a group photo opp outside the gallery planting a tree, a friend at SoulcialTrust contacted me about another option. 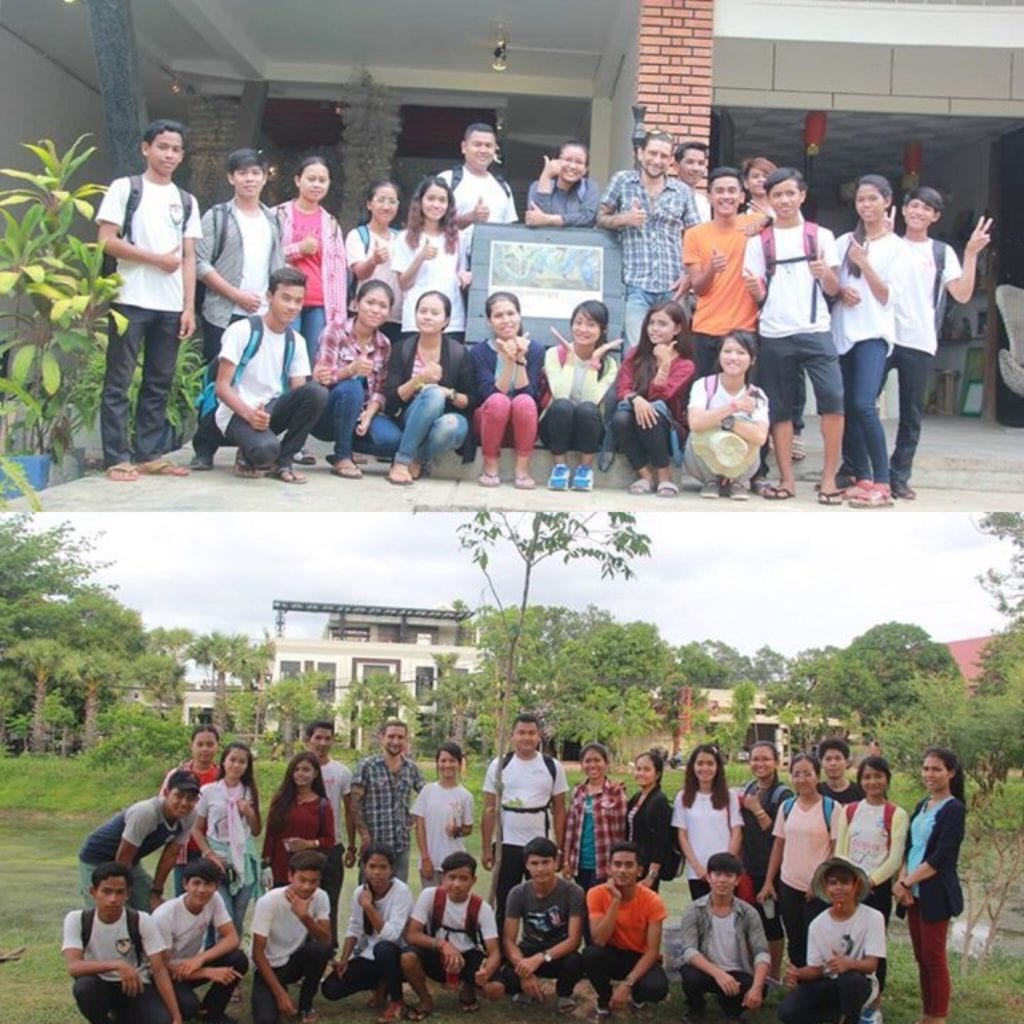 We had been gossiping that the project needed more exposure, my friends at 1961 were phenomenal, but we all knew we could do better.  And we did.  We knew the General Manager of the Siem Reap International Airport and proposed a temporary exhibition.  The proposal went off to them, and I had to leave to go to my next gig, but about two weeks later we got the green light.

A quick overnight flight back to Cambodia, and myself and my faithful assistant Keen, packed up the sculpture from 1961 and installed it in the airport all in about 5 days.  I barely had time to photograph the piece before I had to go back to work on a project in New York at Residency 108.  It remained in the Arrivals lounge of the International terminal for 6 months and was then responsibly recycled.

Curbing Entropy borrowed its title from a term that biologists, sociologists, and anthropologists use when talking about society.  All things drift to chaos, it’s the guiding, or curbing, that we do to prevent entropy.  In the process, we become more self-aware, and hopefully, better caretakers of the planet.

A big thank you to all the supporters that made it possible through crowdfunding, and to all the NGO’s in Cambodia that supported the project and continue to keep up the good fight: Plastic Free Cambodia, ReHashTrash Cambodia (a Green Gecko Project), Husk Cambodia, Refill not Landfill, SoulcialTrust, and Siem Reap Farmers Market and Co-op; and multiple community stakeholders in Siem Reap Cambodia.

We were blessed with several interviews and press, here’s a chance to listen to Cambodian news, another at Urban Voice, Mark Tilly had this to say,  Michelle Vachon wrote a great article, ENN had a great article, Hang Savyout interviewed me for Radio Free Asia , 2017-03-20, and more to be posted soon.

Below are photos of the project taken by me, John K Melvin, as it was installed at 1961 followed by images of the artwork installed at Siem Reap International Airport 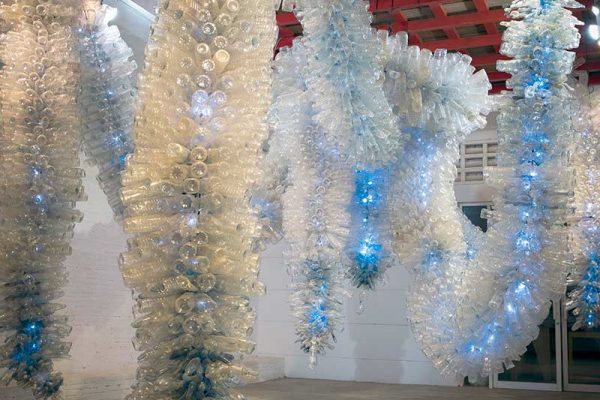 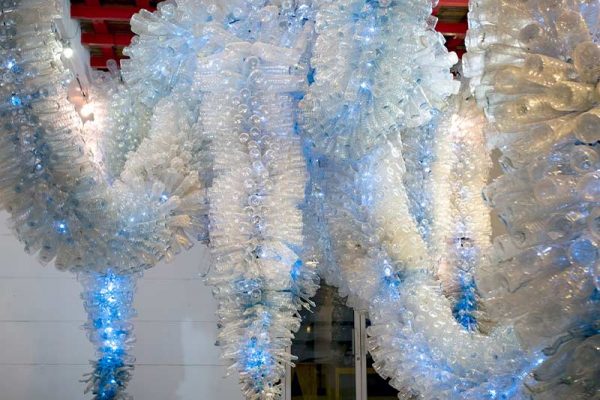 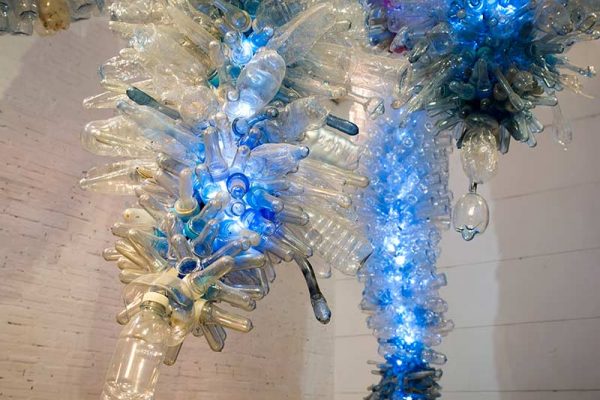 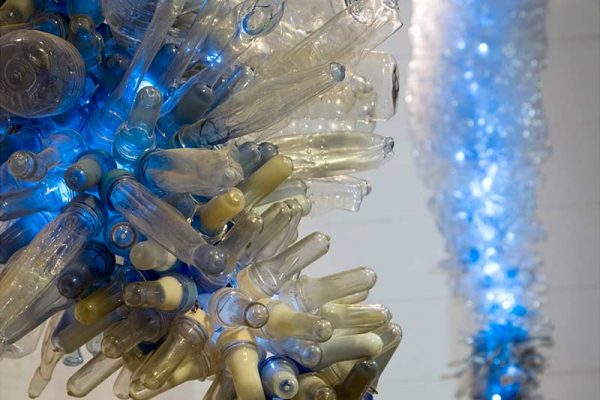 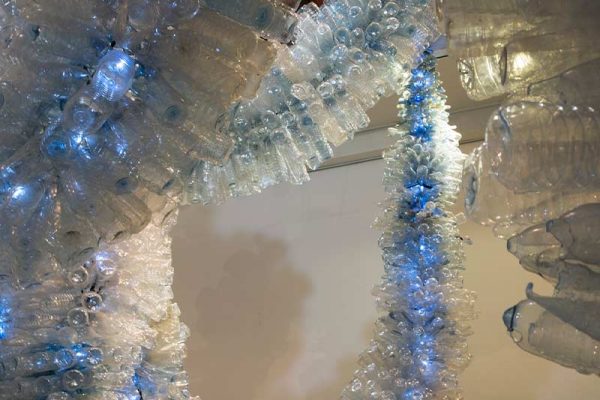 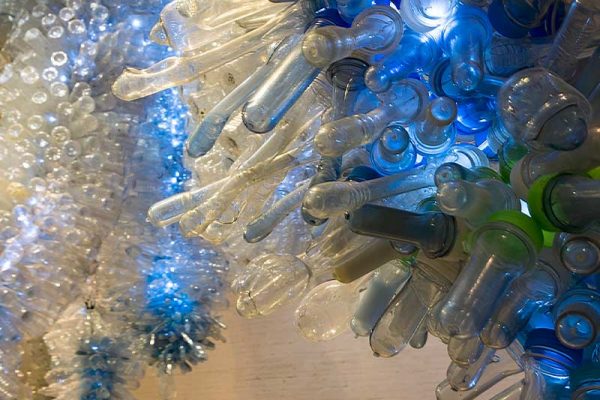 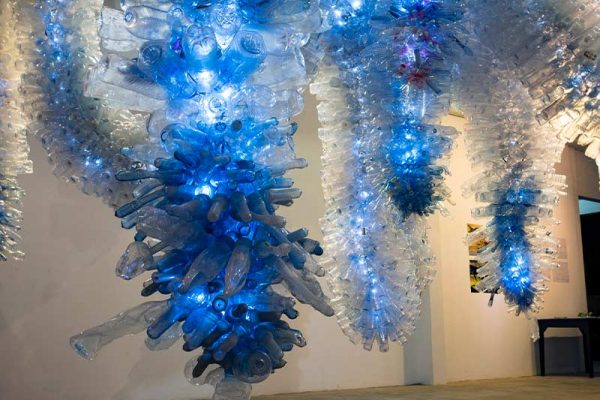 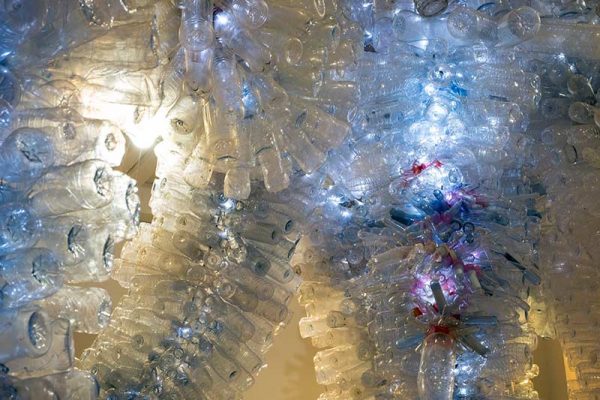 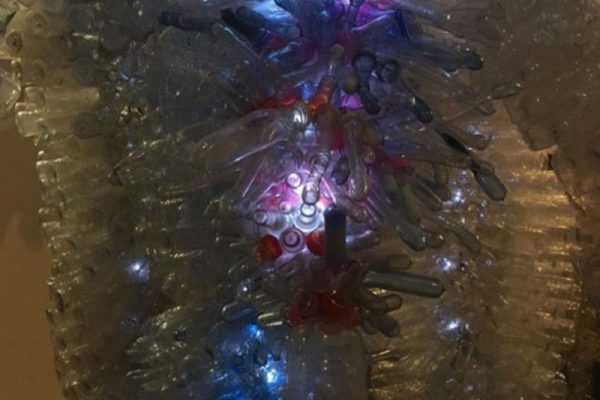 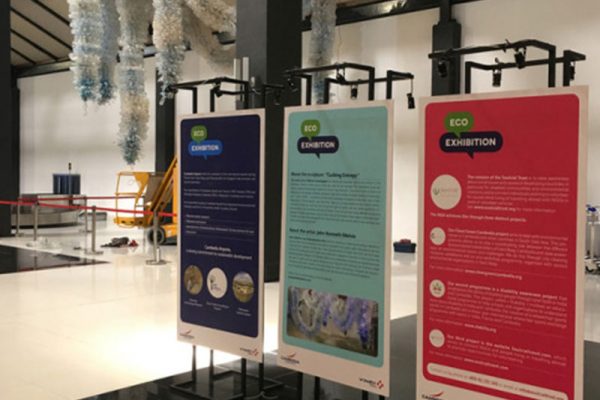 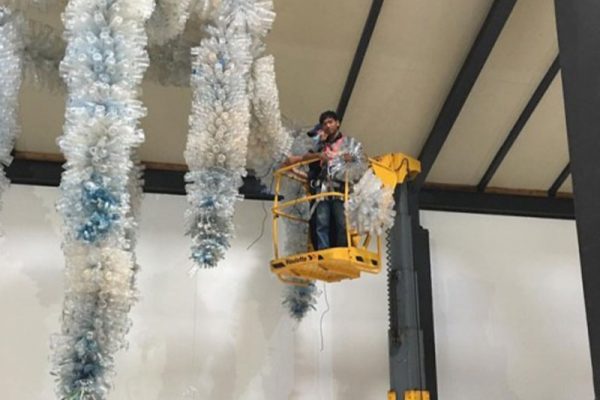 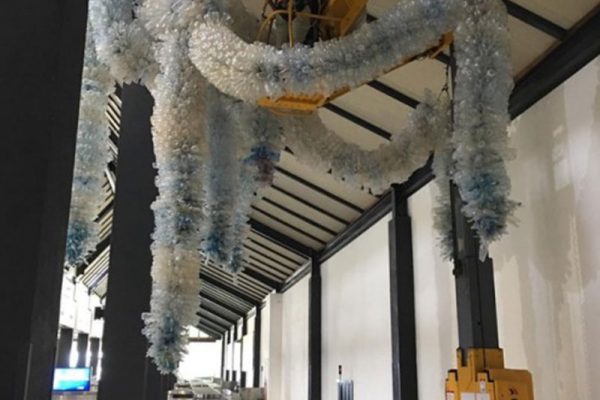 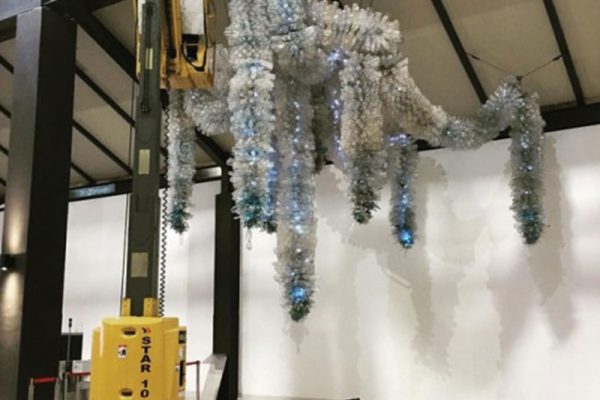 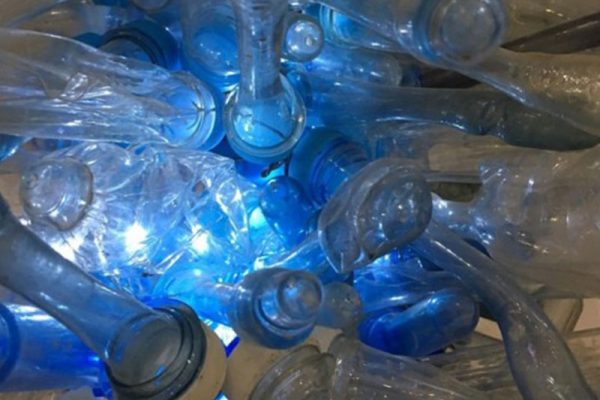 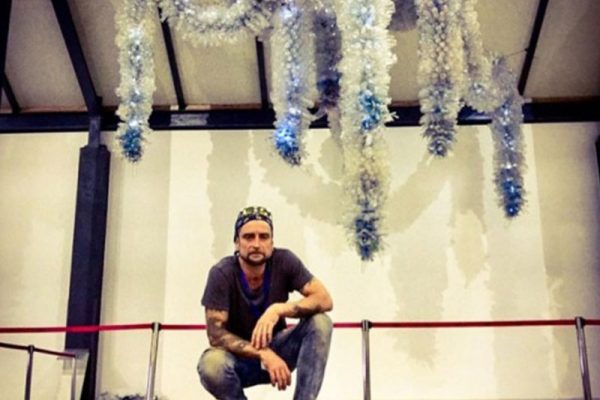 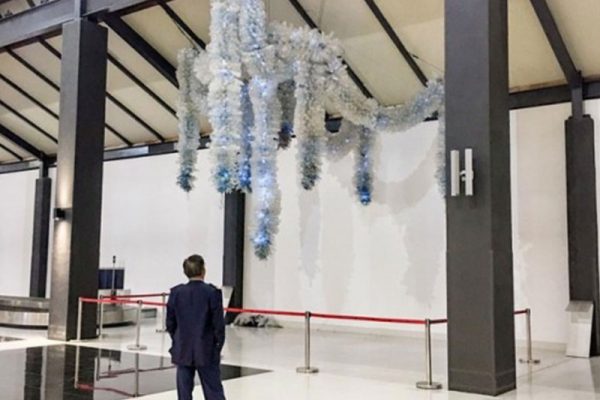 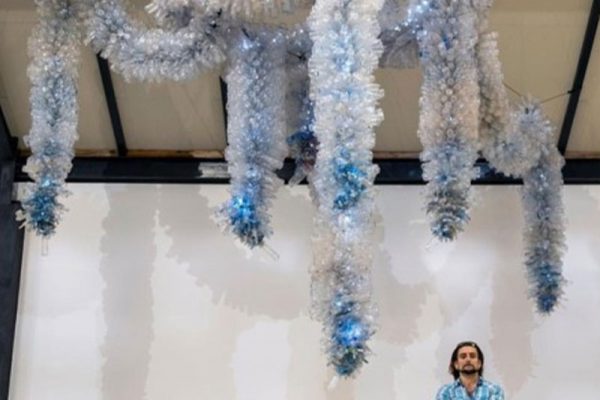 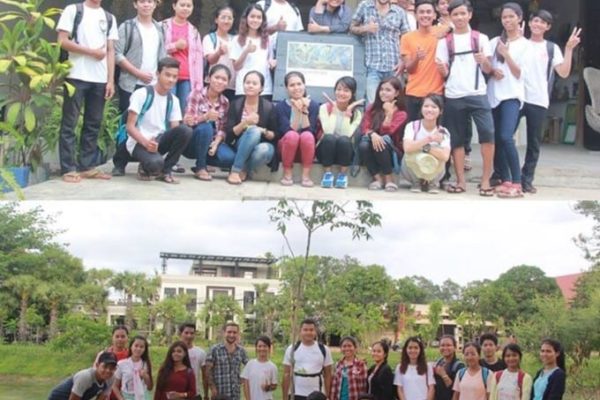