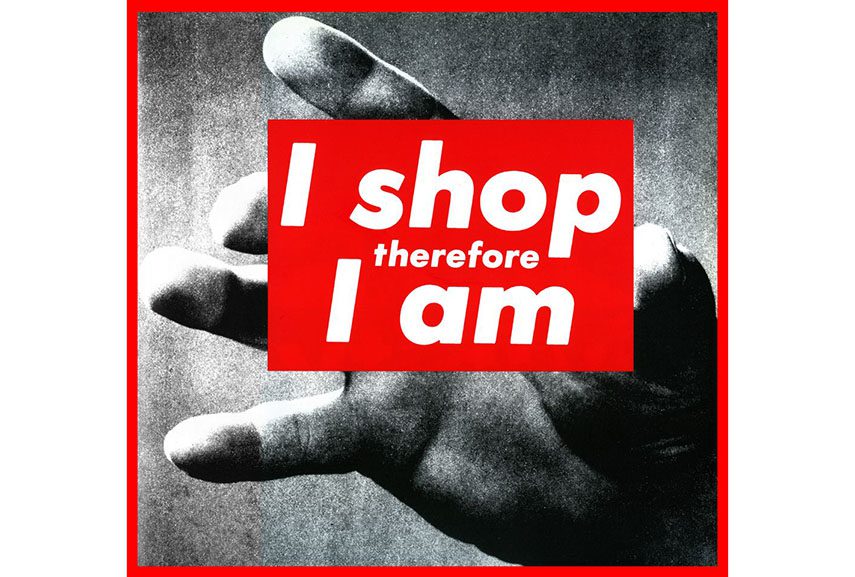 #makersgottamake became a hashtag I don’t know when, and I’m just as guilty of using it to boost visibility of my work.  But…Over the last year or even two, I have a confession.

I feel like there is too much work being made.  I’m completely saturated every time I open social media.    There is a lot of content that I see that just does not seem to be relevant at all to our contemporary moment, and more often than not, it just seems to be filling up space and time that we don’t have.

Just so you know, the context I’m thinking in is about the next 50 years, what will it look like?  Given that we have a world defined by climate change, the possible end of consumerism, and epiphanies of stuffocation, do we really need more stuff? 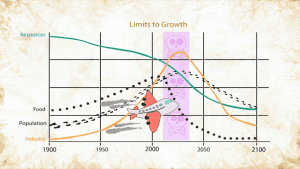 Image from film Normal is Over, 2015, in re Club of Rome, Limits to Growth

If Art production has historically been artifact production as well as an expression of humanity, then, what is it today?

To the point, I had a phone conversation the other week with a gallery director in Paris and he was the first one to call me on it.  So how is activist art, John, what are your thoughts?  and then at his second question, of how has the artworld ducked the question of sustainability for ever, the epiphany that the art world is in need of a reckoning knocked on my door.  What are our materials and methods in a post climate crisis culture, are we sustainable?  Shouldn’t we be?

The lessons of the industrial revolution have not sunk in. From the 18th to the 20th century, a very small number of artists (proportionally speaking), made art about our ecological context, all others ignored it.  Now, we know,  the climate is in crisis, and yet it seems the show is into the 4th and final act, as if no one saw the 3rd act

Simply put, what is the role of an artist, if just about everyone has the potential to post a picture, a thought, or something else of their choosing and personal expression, what are we doing? 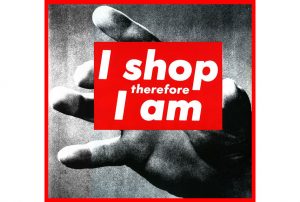 Its taboo for me as an artist to even say it, and I may even lose a few friends.  But shouldn’t someone ask it?  Ai Wei Wei asked it, and saw it during a brief stay in 1982 at the Parsons School of Design, ” why should one express oneself as an artist?”  then he left the school and painting, or in his words, “a studio full of pictures nobody wanted.”  He then promised to himself to devote singularly to the expanding world of conceptual art.  (Ai Wei Wei, TASCHEN 2020)

The 20th century artists especially in the first half had a lot to make art about, wars, economics, industrialization, and the future.  There wasn’t an internet so ideas travelled pretty slow compared to today, art played a role as a communicator of ideas, and the artworld was more exclusive than it is today, meaning there were a lot less artists proportionally then as there are today.  The later half of the 20th century spawned a degree culture fueled by private universities and strict job requirements.  So we all went of to get an MFA.  I think PBS Frontline’s Episode, College Inc, sums it up.

Then the internet happened, and everyone got a social media microphone.  When we post our art on social media, unless we are a major influencer with 10’s of  1000’s of followers, are we actually engaging in conversation?  Are the influencers?  Is the life goal of the century to be an influencer?

If everyone is trying to do the same thing, what are the odds of any one of us succeeding?  (about 1 in 8 billion)

If we all shout at the same volume can anyone of us actually be heard?  (definition of a cacophony)

What is the value of ‘likes’ in social media, does it actually correlate to the content we post, or are the likes, friend likes, guilt likes, pity likes, likes to follow, like bombs, and so forth?  Are we posting because we like the ‘likes’ or are we just keeping time?  Is contemporary art more about posting on social media?  Does anyone else see it?  Again, I’m just as guilty of using any of these devices, its only been in the past year or two that I’ve been reflecting on it and attempting to apply it to my life, in other words, I don’t post so much anymore.

Social media has made everyone a content producer, where as before, it was only the artists that made images.  Now we all can and do.  Those images don’t come cheap; the carbon footprint of storing our daily posts and messages is more than heavy, global data’s carbon footprint, “accounts for more than 2% of global carbon emissions (the equivalent of the world’s entire airline industry).” 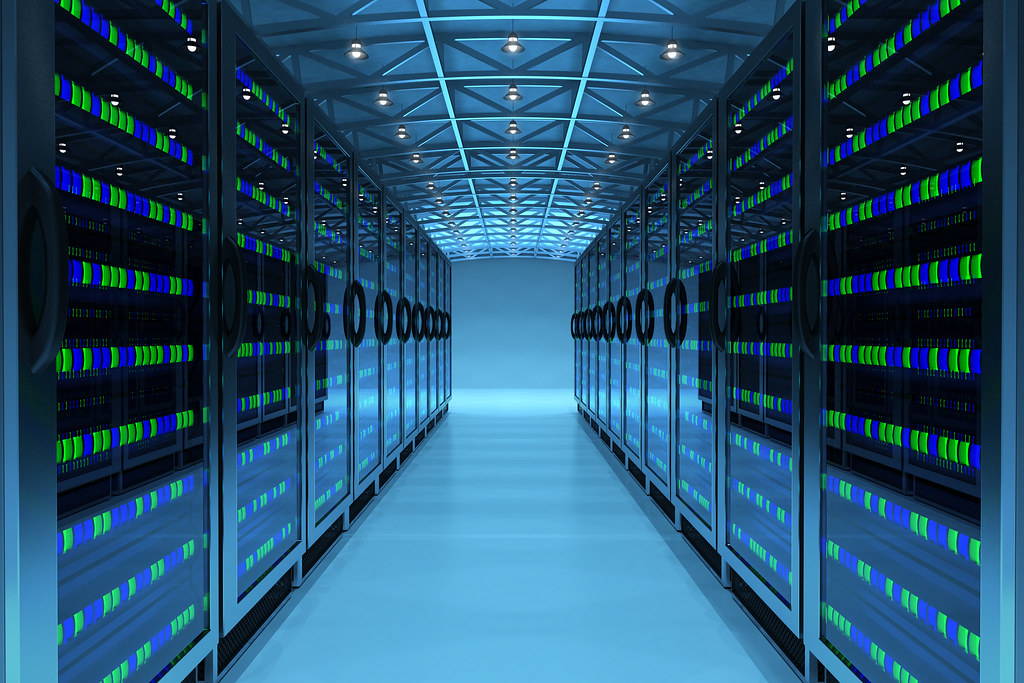 The internet has brought to the fingertips of each and every person with an internet connection, every photo, thought, habit, win, and loss that is posted or shared.  The internet has also given a microphone to anyone who wants to express themselves, the very definition of a cacophony.   So, in a world where the internet works on your side too, do we need more content or just maybe, we need better content?

Don’t get me wrong, I believe that the empowerment of the internet culture has a powerfully positive effect on our society (I wouldn’t be able to post this rant at all),  but I am more concerned about the negative effect it’s having.  Tim Cook has asked similar questions, maybe the algorithm isn’t a good editor at all, just because something monetizes well doesn’t make it good for humanity.  Do we even know what good is?

Ask yourself, when you’ve last searched for a recipe, an old news story, or even “contemporary art”, through your normal browser of course, how much ‘actual’ content you get?  How much clickbait do you get, how much junk do you get, fake stories, and other rabbit holes.  A bit much?

To sum it up, if artists have traditionally been responsible for being a witness to their history, then what are we doing today?  Are we as artists slacking on our responsibility and integrity? 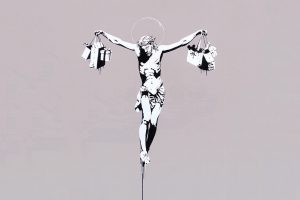 Then there’s the whole make to make thing.  In grad school, I remember colleagues complaining about a culture where an artwork that was made 6 months ago or less, was considered to be old.  It was a steam rolling culture where one felt constantly underwater and behind.  Anyone seen the movie Brazil?  Has anyone noticed that we are post peak consumerism as Steve Howard, an IKEA executive once famously said in 2016.

The artworld said the MFA is the new MBA, and off we went to the races.  We produced work industrially in a manner almost identical to consumer industry, we created works that were repetitive, adaptable, scalable, and well suited to production.  Some artists even bragged about it in their artist statement.  We told ourselves, myself included, that we were working in series, we were exploring the form through different materials, we were drilling down on our concepts.

In 2008, I went to Burning Man and the theme was the disillusionment with the American Dream.  If you worked hard, you could be successful, that opportunity was out there and anyone could be more successful then their parents.  Perpetual growth was a myth that we all bought into, until it didn’t work anymore.  The rich stayed rich and the rest of us, got by. 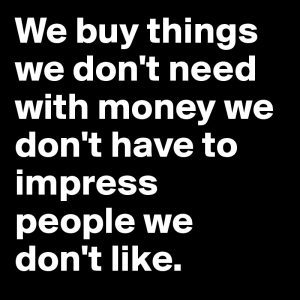 What I don’t understand is, if perpetual growth has been debunked, post-consumerism is a thing, and our incessant growth is killing biodiversity causing pandemics and many more problems, why are so many of us still hooked on the idea of “more is more”?

Does anyone actually care?