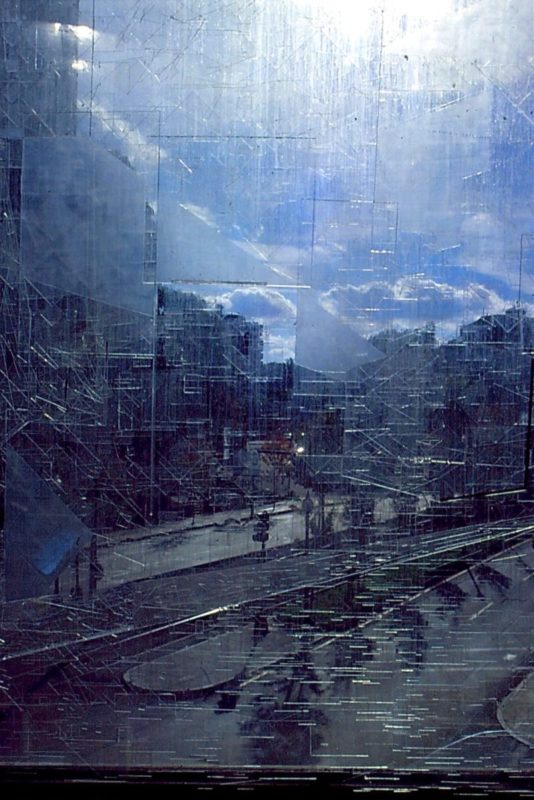 In 2003 I learned printmaking and was exposed to the idea of democratic art mediums including print, but more importantly for my career, public art installations.  I was in the final year of my undergraduate studies at Massachusetts College of Art in Boston, and became obsessed with light and shadow.  I was encouraged to make this project after making a number of smaller studies that examined the effect of perceived versus real shadow.  The first was the image below, a layering of vacuum formed plastic that I had molded over custom forms and then suspended to overlay shadows and light. 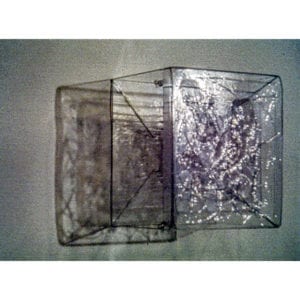 This then inspired me to make the Decisions installation for my thesis project.  The composition is an interpretation of the street intersection outside and below the window.  I was interested in the dialog between inside and outside space.  The Huntington Avenue intersection outside MassArt is a busy crossing and so too, was the Kennedy Building stairwell of MassArt. 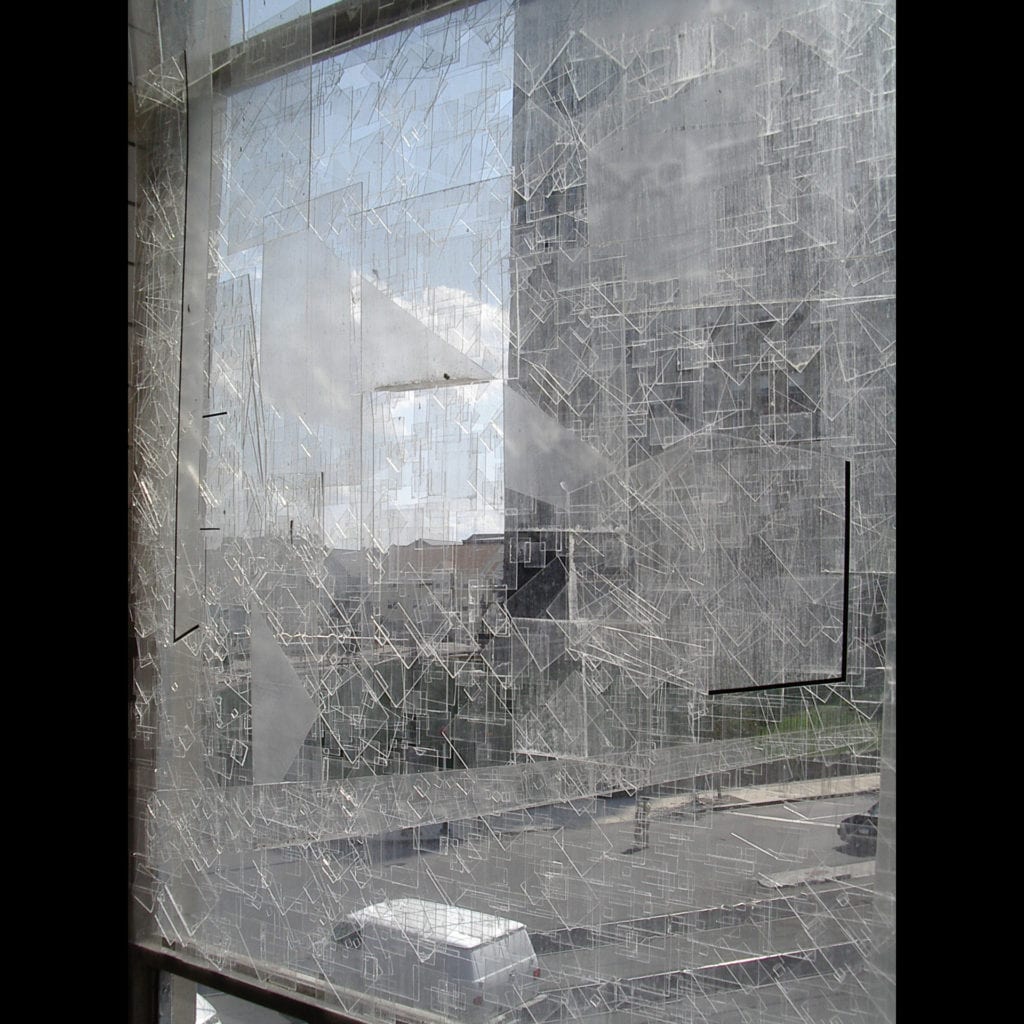 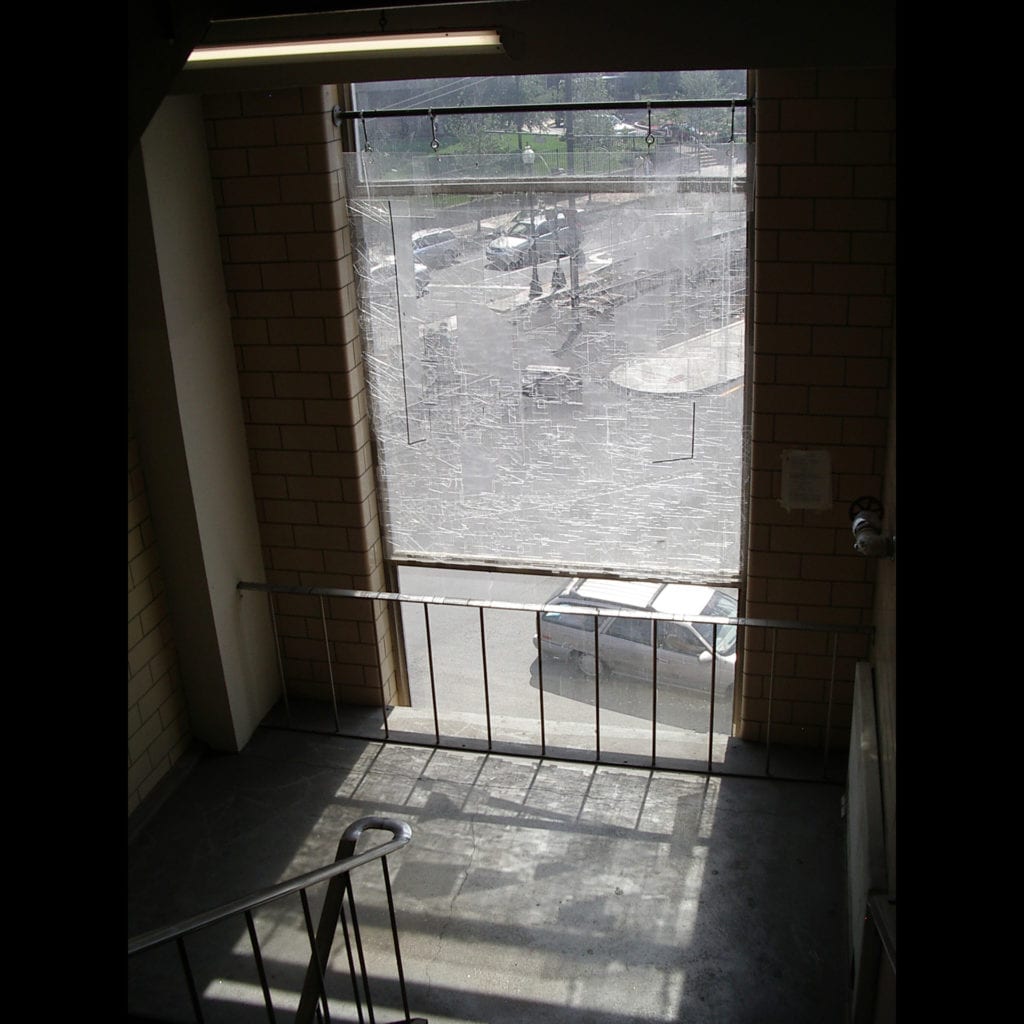 The sculpture was intended to be a matrix of light and shadow interacting with the interior and exterior space.  It was composed of approximately 3000 hand welded pieces of acrylic plastic and was about 9′ x 9′ suspended on the inside of the stairwell window on the landing between 2nd and 3rd floor in the Kennedy Building of Massachusetts College of Art, Boston.   The darker shapes cast on the floor are from the sculpture and are a geometric approximation of the buildings outside on the Huntington intersection.